HMD Global, the brand that sells Nokia-branded smartphones, is planning a flagship smartphone. Being called the Nokia 9 (for now), it will have all the latest goodies expected in a 2017 flagship smartphone. Nokia has already launched its mid-range (Nokia 3, 5 and 6) smartphones in India. So we are expecting the fourth device to the flagship Nokia smartphone soon. It is expected to sport high-end specifications and a premium look. Specs of Nokia 9 variants (TA-1004, TA-1012, TA-1052) have leaked via certifications and benchmarks. The new handset is tipped to run the latest Android Oreo OS. Now, a new leak has hinted at a curved display, thin bezels, and dual cameras. Here’s All We Know So Far about the Nokia 9 price in India, launch date, specifications and features 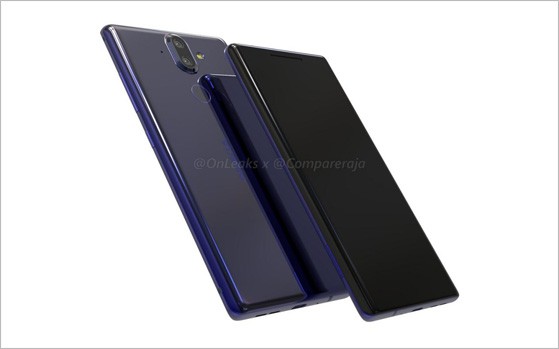 The much-anticipated flagship smartphone is expected to sport a premium price tag. As per latest rumors, the Nokia 9 will be priced at EUR 750 (approx Rs 55,100). At this price point, the upcoming smartphone will face tough competition from the likes of Apple, Samsung and even OnePlus. However, considering the fact that it will not be the first phone to come with top-shelf 2017 hardware, its price might be lower than that of Samsung Galaxy S8 or even the HTC U11.

Also Read: All About Nokia 6

To ensure it gains as much traction as possible, HMD Global may reveal the Nokia 9 to the world in September. At such a time when iPhone hype machine will be working at its peak, this will look like a good alternative to the Apple smartphone. Following that, Nokia may bring this smartphone to India in October.

Also Read: All About Nokia 5

The upcoming Nokia 9 flagship is expected to sport a 5.5-inch display with QHD (1440×2560 pixels) resolution. Some reports also suggest a 5.3-inch display and an OLED panel. It will be powered by the high-end Qualcomm Snapdragon 835 processor along with Adreno 540 GPU and 4GB/ 6GB RAM. However, few leaks have also tipped about an 8GB RAM option.

The upcoming smartphone will be the second smartphone by HMD Global to feature dual camera setup. The Nokia 8 was also launched with ZEISS powered dual camera setup at the rear (13-megapixel RGB sensor with optical image stabilization and a secondary 13-megapixel monochrome sensor).The Nokia 9 is also expected to sport a dual camera setup with dual-LED flash. A new GFXBench listing hints at a 12-megapixel rear camera with autofocus, 4K video recording capabilities, face detection, HDR support, and touch focus. It is also expected to sport a 12-megapixel sensor with 4K video recording capability. The Nokia 9 will be backed by a 3800mAh battery with Quick Charge 4.0 support.

Also Read: All About Nokia 3

According to a recently leaked mockup image, the Nokia 9 will sport a curved display and Polished Blue color. The mockup image was spotted by was first posted on Baidu. As per recent leaks, the Nokia 9 will feature a nearly bezel-less design with 18:9 aspect ratio. Newly leaked renders of the device confirm a 3D glass back, and dual rear cameras (vertical orientation). It is tipped to come with an IP68 (water and dust resistance) rating. 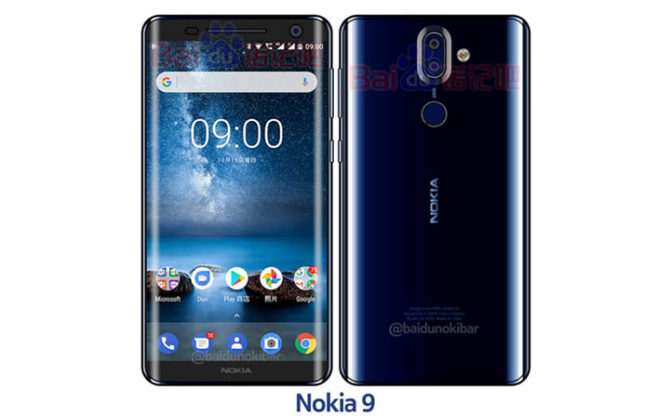 Previous leaks on GFXBench have revealed that the Nokia 9 will run the latest Android 8.0 Oreo operating system. Earlier, the upcoming handset was expected to ship with Android 7.1.1 Nougat out-of-the-box. According to the listing, a second variant will run the Android 7.1.1 Nougat OS. The smaller variant will feature a 5.3-inch display. Connectivity options include a USB Type-C port. HMD Global may ditch the headphone jack for Nokia 9. It is also tipped to feature a rear fingerprint sensor and iris scanner. A recent leak also showed a Copper Gold color option. 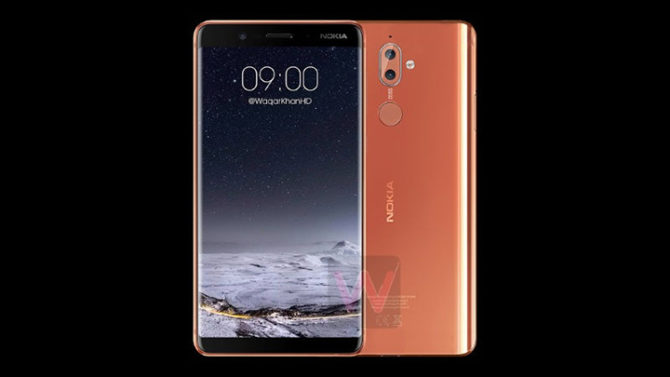 Flagship smartphones are always feature-rich. The Nokia 9 will be no exception to that rule. Among the things that are yet to be seen are whether it gets wireless charging. The Nokia 9 is expected to sport top-shelf hardware with Quad HD LCD screen as its USP. We will have to wait and watch how this unfolds. Stay tuned to IntellectDigest for more on this phone.