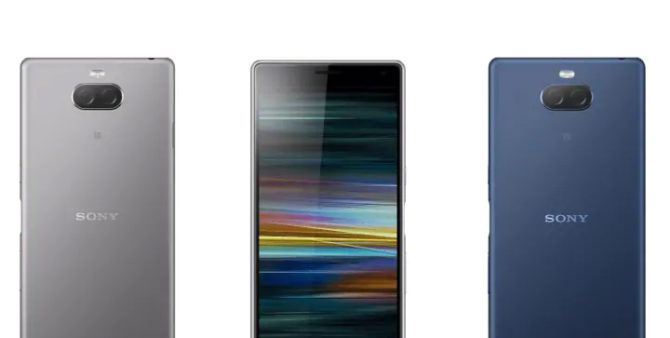 In terms of specifications, the Sony Xperia 10 model is said to sport a 6.0-inch display with full-HD+ (1080 x 2560 pixels) resolution and 21:9 aspect ratio (termed as Cinemwide). It will be powered by a 1.8GHz octa-core Qualcomm Snapdragon 630 processor along with 3GB RAM and 64GB internal storage.

In terms of optics, the upcoming handset is tipped to sport a dual camera setup on the back. It will combine a 13-megapixel primary sensor and a 5-megapixel secondary sensor. Camera features include 4K video recording.

For selfies and video calling, the handset will come with an 8-megapixel front camera. It will be backed by a 2,870mAh battery. Additional features will include HiRes Audio support and a 3.5mm headphone jack.

The larger variant is expected to sport a 6.5-inch display with full-HD+ resolution and a 21:9 CinemaWide aspect ratio. It is said to be powered by a 2.2GHz Snapdragon 660 processor and 4GB RAM. The 64GB internal storage can be further expanded via a micro SD card.

In terms of optics, the upcoming handset is tipped to sport a dual camera setup on the back. It will combine a 12-megapixel primary sensor and an 8-megapixel secondary sensor. The primary sensor is claimed to be of higher quality than the sensor on the Xperia X10.