A smartphone identified as Huawei Mate 20 appeared on the database of AnTuTU (a smartphone benchmarking tool) earlier this month, April 2018. The leak which was revealed by CNMO. It stated that the device scores amazingly high benchmark points even more than Samsung Galaxy S9 and iPhone X. 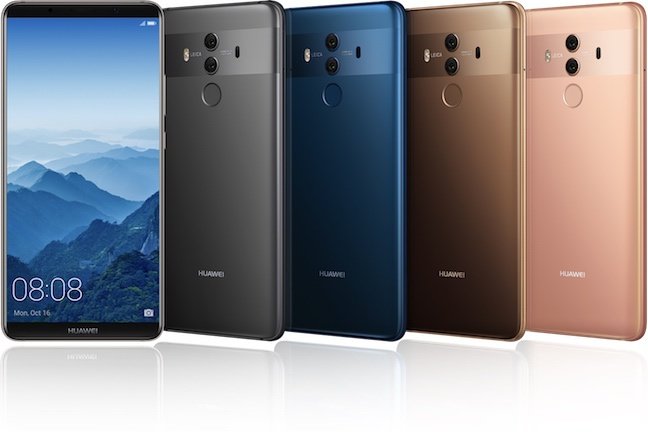 The leak shows that the Huawei Mate 20 scored 356918 points. The score is more than the testing performance of the 2017 Mate 10 series. The Mate 10 used the Kirin 970 chipset, and even the company’s most recent P20 is keeping the same chipset. The Kirin 980 chipset will be used in Mate 20. Thanks to this leaked AnTuTu score, we all have a fair idea of how good the smartphone is going to be– performance wise.

The alleged leaked scores have come as a shock to the world, as it has exceeded the world’s top smartphones currently – iPhone X and Samsung Galaxy S9, who have scored a little more than 230000 points.

The Kirin 980 chipset will reportedly use the Cortex A75 processor cores. It is known for its high performance. The device will also be equipped with a powerful GPU and a second-gen NPU.

Kirin 980 is manufactured by Huawei’s semiconductor subsidiary, HiSilicon. The chip is also the firm’s second take on a SoC mobile focused on AI and similar rising technologies. It is said to be built on the 7nm process node from Taiwan’s TSMC.

The Mate 20 name first appeared towards the end of 2017, when a Huawei middle-eastern product partner leaked the Chinese company’s entire product roadmap of 2018. Just like the Mate 10 series, the Mate 20 series is expected to emphasize on artificial intelligence and versatile photography. Huawei has also opted for a similar marketing strategy – just like the recently released P20 and P20 Pro.

Currently, it is not confirmed yet if the Mate 20 will use a triple-lens setup (just like P20 Pro).

The Mate lineup is Huawei’s secondary flagship series. It is released annually during the fourth quarter of each year – similar to the Galaxy Note series, though it lacks a dedicated stylus. The Mate 20 lineup is expected to surpass both of its P-series devices, due to its powerful HiSilicon chip.

The Mate smartphones are also the only Huawei high-end products.

As it is just a leak, we need to keep ourselves together and wait for an official release from the company. The Mate 20 will be releasing in a few months, and it looks promising. The Huawei Mate 20 is reported to be equipped with a Leica Triple Camera. The device will also sport a new chipset and an under-display fingerprint sensor.

So buckle your seatbelts and wait for the release of this already intriguing and promising smartphone.

Article Name
Huawei Mate 20 Benchmark Scores Leaked, Exceeds iPhone X
Description
The leak shows that the Huawei Mate 20 scored 356918 points. The score is more than the testing performance of the 2017 Mate 10 series. The alleged leaked scores have come as a shock to the world, as it has exceeded the world's top smartphones currently – iPhone X and Samsung Galaxy S9, who have scored a little more than 230000 points.
More related stories below: