It all started with the iPhone 7. The wave was carried forward by the Galaxy S8. Before you wonder what we are talking about, here it is. Both phones feature a new technology. This technology entails using an array of sensors under the screen to sense pressure and activate functions. On the iPhone, this technology can help you trigger actions in an app without even opening it. Samsung uses it to activate the home button on the Galaxy S8. All this is just the tip of the iceberg, which is what our discussion is around today. So, let’s take a look at the future of pressure sensitive displays by looking at current times. 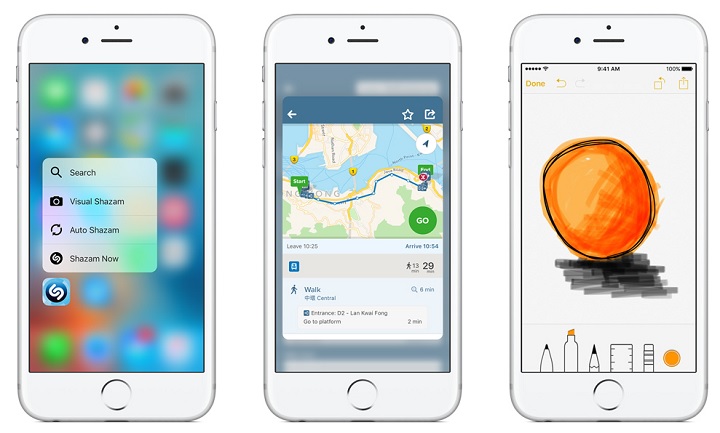 The Past: Apple 3D Touch

Just like we said, pressure sensitive displays are nothing but displays with pressure sensors under them. Unlike long-pressing a screen to activate certain functions, you have to press on the screen a bit more to activate functions. Doing it right means you may not have to long press the display. But does it matter to the general populace? As per Android Authority’s Edgar Cervantes, many were unaware of how this tech worked when Apple implemented it in the iPhone 6S. Called 3D Touch, you can use it to activate functions such as a preview of an app, all by pressing on the screen harder. He went on to say that smartphone industry did not evolve with this concept. Hence, he was ready to excuse those were unaware about the concept. Apple applied the technology on the iPhone 7. Surely, the number of unaware folks must have come down since then.

Also Read: All About Apple iPhone 8

Also Read: All About Samsung Galaxy S8 Plus

Android market is segmented. Different phone makers go about making devices differently. Hence, hardware-software integration is never easy. Even then, Samsung released the Galaxy S8 with a pressure sensitive display. It lets you use the home button even while using an app by pressing bottom middle part of the screen a bit harder. Not 3D Touch like functionality but definitely a start. Is it one of the phone’s highlighting features? One of the key ones but not a highlighting one apparently.

Going by what has happened in this regard till date, it will be difficult to say what will happen in the future. However, as far as pressure sensitive display tech goes, Samsung has shown just one way to go about it. Yes, the technology will be costly. However, Android smartphone market has numbers by its side to bring pressure sensitive displays’ costs down. Not just that, Android OS from Android 7.0 Nougat onward, has native support for such a technology. All this means is that only the hardware is required to utilise this feature.

While limited to just one function, the Samsung Galaxy S8/S8 Plus come with pressure sensitive displays