With the increasing demand of decreasing thickness smartphone manufacturers have been continuously innovating to bind beauty and the beast. Cutting edge design with super powerful chipsets is their call and in the process of achieving their goal there are some pros and some cons. One such cons is the use of non-removable battery. 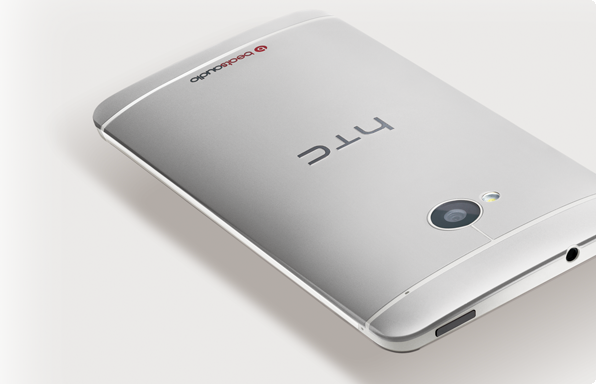 These were all pros but there are cons as well. Operating system no matter what is prone to crashes, freeze, hangs, lags etc. due to insufficient resources or improper utilization. Earlier when there were removable batteries on smartphones we used to tackle these issues but just removing the battery and inserting it again. This is called the hard reset. But now soft reset seems to be a difficulty as the number of smartphones opting for non-removable batteries are increasing day by day. Now there should be an alternative for this to hard reset the device and the developers figured out a way and set it as a standard to force reboot the device.

Starting with the iPhones which never had a removable battery, the standard way to reboot if the os stuck somewhere is to hold and long press HOME + POWER key and wait till the device reboots. This basically does a hard reset which clears off the RAM and the process which made this happen is no longer in the volatile memory. 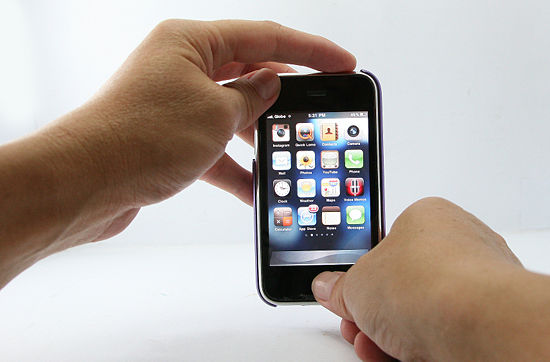 Similarly on Androids Google thought to implement this and came up with a combination of POWER + VOL DOWN which generally all smartphone vendors implement but it may vary. For example, some of the devices may just force reboot by long pressing the home button whereas some may implement this as per the standards. 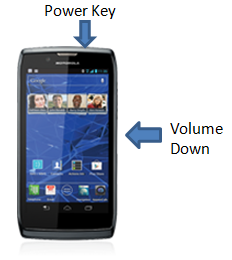 So whenever you are stuck with a screen freeze you may follow this guide and give us a heads up if it helps. In case there is a demand of anything specific you can drop us a comment below or contact us on our Facebook page or twitter handle @idigestindia

Samsung Galaxy Grand – the Dual SIM standby to be phablet from Samsung at a very reasonable price point. Even though it comes under the category of reasonable cost, it still is counted in high end dual SIM. Featuring 5-inch LCD screen with 480×800 screen resolution and dual-core processor with 1 GB RAM and 4 GB internal memory, Galaxy Grand still proves the hatred towards TouchWix UI by the general public. But the fact is Grand owners have to live with this because even xda forums does not have any ROM alternatives.

If this helps any better we have got some tips to decrease the lag and help improve the performance of the Galaxy Grand. We will disable the double-tap to home key S-voice shortcut and animations to speed up the UI. 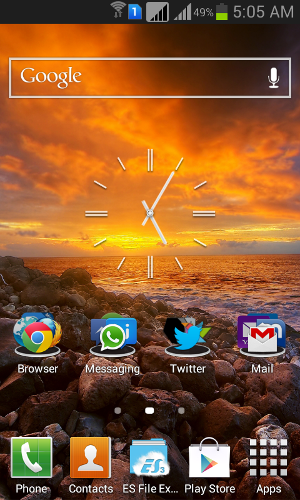 END_OF_DOCUMENT_TOKEN_TO_BE_REPLACED

We earlier told you about Facebook’s new Newsfeed design. In this design Facebook has bigger images and it allows multiple feeds for different interests. Then it will give you more consistent user experience across mobile devices.Many of us already had new newsfeed on their Facebook profile, but many of us and my friends don’t has it. It’s a slow process of rolling out this new design and Facebook also commented on slow rolling of this new design, “We are beginning a slow rollout of this new design today. We will be testing and closely monitoring key metrics to optimize this experience for both users and developers. Our goal is to build the highest quality product for people, however long it takes.” 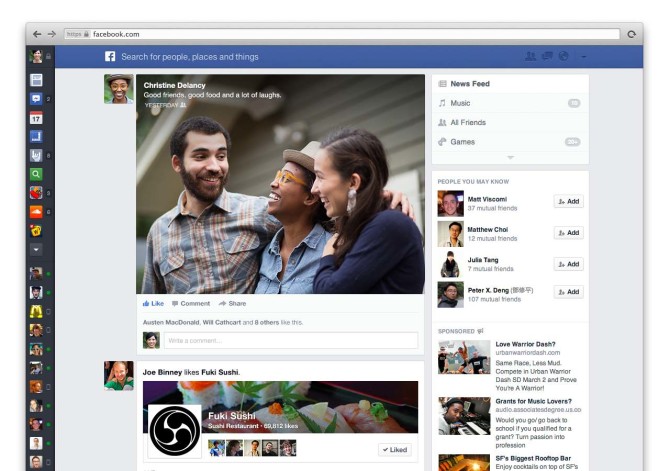 END_OF_DOCUMENT_TOKEN_TO_BE_REPLACED

It is a known fact that Windows Phone is a developing mobile operating system unlike iOS and Android which are pretty much developed. Windows Phone lacks a proper file explorer and due to this the usual way of sharing files has been confusing. We did a little survey and found that people actually hunt for videos and tutorials for sharing media file over Bluetooth on Windows Phone 8. Since this a new feature among Windows Phone freaks as it was not there on WP7 or WP7.5. We too made a short tutorial on how to share media files over Bluetooth in the following simple steps. 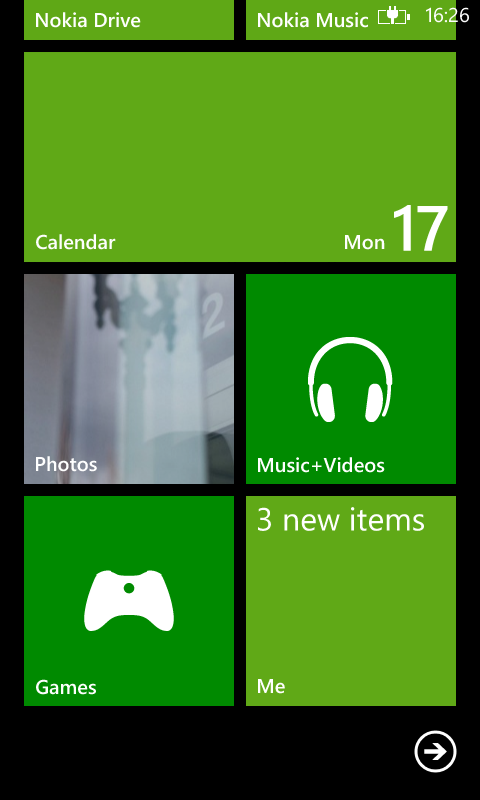 END_OF_DOCUMENT_TOKEN_TO_BE_REPLACED

Yes, Chrome is the number one browser in the world. And in my opinion its best one too. There are other browsers like Firefox, Opera and safari also available. But I am used to of Chrome and in this post I am going to talk about, How to make Google Chrome more useful?. In this post I will talk about some useful extensions that are available in the Chrome Store. There are thousands of extensions available in different categories in the Google Chrome store, sometime it becomes too hard to choose one. A right extension can improve your web browsing experience without disturbing the pages and links you are browsing. You have the option to sync all these extensions across multiple machines. In India usually everyone browse with a dial-up connection, everyone don’t have a broadband connection. So sometimes opening a  website becomes too slow, so these extensions come in very handy when it comes to extending the functionalists of Google Chrome.

END_OF_DOCUMENT_TOKEN_TO_BE_REPLACED

There are different methods available for capturing screen shots in Windows PCs whether its Windows 7 or 8. And there is also many types of software available for download that lets you allow capturing a complete screen or desiring part of screen. But here we are only going to talk about the some basic, easy and useful methods that let you allow capturing images whether you are using a program or any Internet browser. YES, A snipping tool is also out there with windows that lets you allow to capture images. But if you want to capture image in fast and quick way I will not suggest you Snipping tools. I am going to tell you Keyboard shortcuts and about paint only.

For Windows 8, I will suggest you only one way to capture images. In many PCs and Laptops there is a Prnt Scrn( Print Screen) button on your keyboard. For capturing a complete screen just hold the Windows key and press the Print Screen button, that’s it. It will save your captured image into Image library folder. 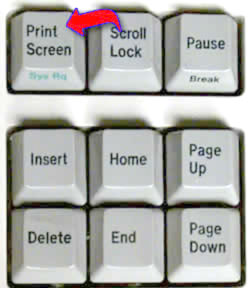 END_OF_DOCUMENT_TOKEN_TO_BE_REPLACED

We recently reported you about Facebook Home. Some people calling it Facebook launcher and some are calling it an app, but we don’t have any problem whether it’s an app or a launcher, because it looks really cool on an Android device. However it’s still in its primary stage but still it’s good for those who use Facebook frequently. Facebook Home was launched in the Dive into Mobile conference in New York which was hosted by Facebook’s founder Mark Zuckerberg. Along with Facebook Home they also introduced HTC First which was the first phone that runs Facebook Home. They are also calling it Facebook phone. Later on 12 April Facebook officially launched Facebook Home for other high end devices like Samsung Galaxy S 3 and S4, HTC ONE along with HTC First. But everybody cannot afford a high end devices and people with mid-range smartphone also want to install Facebook Home on their device. So we have solution for you. So let’s get started.